2 sold in last 8 hours
This Learning Windows PowerShell training course will teach you how to use this task-based command-line shell and scripting language, built on the .NET framework, designed especially for systems administration. This course is designed for the absolute beginner, meaning no prior experience with Windows PowerShell is needed. What Is PowerShell? PowerShell...
$0.00
Real time +49 visitor right now

This Learning Windows PowerShell training course will teach you how to use this task-based command-line shell and scripting language, built on the .NET framework, designed especially for systems administration. This course is designed for the absolute beginner, meaning no prior experience with Windows PowerShell is needed.

PowerShell is a framework from Microsoft that automates tasks through a command line shell and a scripting language. It was introduced as a Windows component (Windows PowerShell) but soon moved cross-platform and open source through PowerShell Core. It's available on Github and runs on .Net Core Tasks use PowerShell cmdlets (commandlets), which are .Net classes to automate administrative tasks. It's object-oriented and uses PowerShell commands to perform a single action and return a .Net object. It works with Windows, Mac OS, and Linux/Unix though it's been an integral part of Windows since Windows 7 (with Windows 10 shipping a testing framework).

Shane is a SharePoint enthusiast from Cincinnati, Ohio. With 20 years of network administration he specializes in SharePoint infrastructure, search, design, and problem-solving. With 13 years of SharePoint under his belt he finds the world is a better place because of SharePoint.

Shane has a crazy career in SharePoint. He started by doing consulting and training. Later he started a company called SharePoint911 that grew to be a major force in the industry. After 8 years of life the company was acquired by Rackspace Hosting. After four fun-filled years at Rackspace Shane is now back to starting companies.

www.BoldZebras.com does all things Microsoft Cloud including SharePoint, PowerShell, PowerApps, Office365, and Azure.

If you are looking for Shane you can meet him at one of his many speaking engagements. Events like the Microsoft SharePoint Conference, Microsoft TechEd, and the SharePoint Technology Conference keep him busy from year to year. If listening to him ramble isn't your thing then check out one of his six SharePoint books including the best-seller "Professional SharePoint 2013" Administration by WROX. 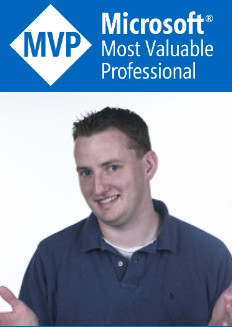 Have Questions? Ask An Expert

GET THE LATEST IN NERDS, GEEK & CYBER SECURITY CLOTHING!

There are  item(s) in your cart

We will follow up with you via email within 24-36 hours
Fill the form given below,
Close

No Items in cart